I Suddenly Get the Social Networking Thing for Business

I had an epiphany on the whole social networking possibilities for business. I did not see the whole picture before. It was not that I was not working at it. I read books and articles online to try to integrate it. I played with my Face book, my blogs and Twitter and kept trying new things but it did not completely make sense to me. I just was not getting how it could all work to promote your business. And then I just got it. For some reason the knowledge clicked and now I can see how it can all work. It has amazing possibilities and now I see why everyone is talking about it. Not that it could be, by any means, considered a static entity or one that you can ever truly know. But I get the why and how in it's present form and it makes sense.

I also see why companies who leverage it hire people to monitor it. It can be intensely laborious to remain current all through the various channels that make up social networks. Blogging,comment monitoring, posting comments on other blogs, Face book presence and interactivity and Twitter presence alone can consume your time. Not that it isn't fun! It is lots of fun. But it can eat up the hours that you were planning to do other things. But really...what could be more important than free and almost free advertising for you business.

So some thoughts for anyone out there muddling through the possibilities but not seeing them. I recommend that you just keep on keeping on. Try things and if they work keep them and if they don't work, do something else. Keep doing things and more things. When I felt like I got it, it was like a cloud cover clearing and I could see forever. Nothing amazing happened to cause it. No single catalytic event. Just sudden clarity.
Posted by Kelly @Try New Things at 10:57 AM No comments:

Painting the Canvas that is Your Life 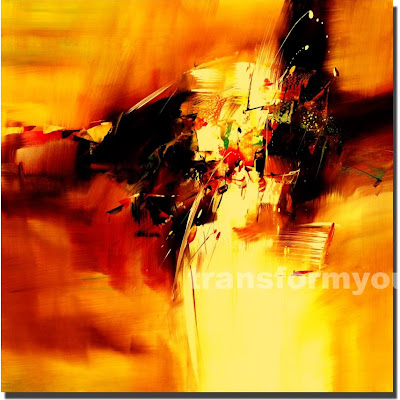 I wanted to share a quote that was wonderfully revealing to me.

Alex Crockett from Broken Postcard sums it up like this: "I used to paint a lot. When I painted I would often have to stand at a distance from the painting in order to not add too much detail to one single area at the exclusion of the whole. It seems that faced with immediacy of life we all too readily get involved in details at the exclusion of what may be a better perspective."

Now, although I often do not know of what Alex speaks on any given day, this particular quote changed how I think. How interesting it is to realize how we shrink our world. We get involved in the day to day of our lives and "add the detail" to our days. That potentially becomes the whole picture and fearfully we can frame it as we see it and it becomes our world view. And we operate there for the rest of our days. In actuality it is a very small microcosm of the entire reality in which we exist. "The whole painting."

If we can for a moment, back up and see how our microcosm fits into the world view, we would be startled by how insignificant the petty details can become. When you view the whole painting, the small area where you were working looks...well...small. What seemed so large becomes so small when you change it's context. It can shrink your problems to a manageable almost laughable size. They become mundane. Humbling. On any given day, I cannot rise above and on other days I can see beyond my world to a strange and exciting distance. Splash color on the whole painting not add endless detail to a small area. Way more fun.

I think the desire to try new things is an effort to expand the piece of the painting that you work on. It makes you want to add colour to a bigger part of the picture. What you see when you back up can make you want to back up even more. Seeing your world as a microcosm of a world that is a microcosm of an even bigger world. How fascinating.

Picture is from http://www.transformyourimages.co.uk/art-gallery-16/paint-burst-yellow-canvas-8109.htm
Posted by Kelly @Try New Things at 2:39 PM No comments:

This poem is from a website called Vibrant Nation. For women 50+. Check it out.

I walk down the street.
There is a deep hole in the sidewalk
I fall in.
I am lost ... I am helpless.
It isn't my fault.
It takes me forever to find a way out.

I walk down the same street.
There is a deep hole in the sidewalk.
I pretend I don't see it.
I fall in again.
I can't believe I am in the same place
but, it isn't my fault.
It still takes a long time to get out.

I walk down the same street.
There is a deep hole in the sidewalk.
I see it is there.
I still fall in ... it's a habit.
my eyes are open
I know where I am.
It is my fault.
I get out immediately.

I walk down the same street.
There is a deep hole in the sidewalk.
I walk around it.

I walk down another street.

Posted by Kelly @Try New Things at 6:23 AM No comments:

I Have an Inner Princess!

I grew up in a time when retail was functional but not meant to entertain. I should say my inner princess was growing up then. Everything you needed was there but there was no glitter and lights. Or not that I remember. It just was what it was. We did not know enough to realize that we might be missing something. So my inner princess sat quietly inside.

There were no pink frilly things, no sparkly things in my memory. I did not know they were even out there if they were. So what happens when this inner princess, who has been repressed through years of working in the competitive world of business, while I made my way to Director with a major blue chip company, suddenly starts to communicate with the competent shell in which she has been hidden for so many years.

I realize that my inner princess is there when I pass by any store with sparkly or pink things and I am unable to comprehend my strange fascination with all things in this realm. Until recently I think the only pink thing I owned was a pink Iron Man T-shirt buried deep in my cupboard. (My dog wears it on Breast Cancer runs now!) The rest were varying shades of blue or black with an odd splash of red.

So how to explain the sudden infiltration of all things pink when I am about to turn 53. Strange sparkly sweaters that I have yet to wear and can no longer remember why I had purchased them. A lifetime of pent up desire or the emergence of my inner princess?

For Christmas we decided that we would not purchase gifts but would give things away to those that had no gifts. After Christmas I listened to some friends who were over talking about some pretty cool gadget gifts one of which was an IPAD and my inner princess cried. (Not really but she stamped her feet a lot!)

And then the day I had to clean the caulking in the shower might have been the day she died. I think she was buried in the caulking I removed. Certainly not a job that a princess would do. Note to myself: Hire someone to do that one next time!

Could this strange awareness of the possible existence of an inner princess actually be aligned with going back to a time when you knew clearly what your hopes and goals looked like. A time when you planned to do something and then you did it and then you made another plan. And you did that. And then life started rolling along seemingly by itself. And so you handled whatever life threw your way. You handled other people's priorities without a second thought too. Your inner princess is the child in you tapping you on the shoulder and saying "Remember?".

My inner princess has surfaced to remind me of a time when my life was my own and my goals and plans were endless and possible. This is the second act and could it be that my dreams are just as endless and possible.
Posted by Kelly @Try New Things at 2:21 PM No comments: